It is said that the only constant in life is change, and that is particularly true when it comes to the economy…

So when the idea of creating an island-wide economic development organization took shape as the Vancouver Island Economic Alliance in 2006, the odds were probably against the organization surviving beyond the initial seed money provided by the provincial government. And yet, it is clear that VIEA has become a rock-solid base from which to discuss issues, share ideas and promote partnerships for the benefit of the Island economy as a whole… from Victoria to Port Hardy, Nanaimo to Tofino, and including the Northern and Southern Gulf Islands.

In 2006 when the Alliance was conceived, Gordon Campbell was Premier of BC, Stephen Harper was sworn in as the 22nd Prime Minister, and the sub-prime market in the US was just starting its meltdown. In that same year, the social media giant, Facebook, was in its infancy, and Twitter was only newly hatched. So much has happened and continues to happen since then, but while the economy worldwide is ever-changing, the conversations had within the VIEA membership continue to revolve around creating economic resiliency and vibrancy within our Island communities. 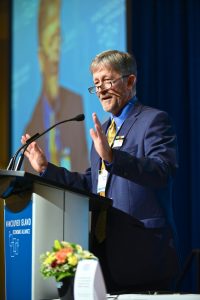 “One way to describe the Economic Alliance is as ‘a meeting place for ideas.’ Because we live on an Island, it is perhaps easier for us to identify ourselves and communicate with each other as ‘Islanders.’ It’s not hard to comprehend that ‘together we’re better!’” – George Hanson, President, VIEA

The Vancouver Island Economic Alliance continues to grow in both membership and stature and has become a respected voice wherever the Island economy is being discussed. As the only non-government, non-profit organization in BC that embraces the economic interests, opportunities and challenges of an entire region, VIEA is entirely funded by memberships, sponsorships, project-specific grants, and through events such as the annual Summit.

Many businesses, local governments, corporations, and individuals have been inspired to join the members of this organization to work toward a collective vision for the Island economy. VIEA members hail from all over Vancouver Island and receive discounts for VIEA events, have their corporate profiles included on viea.ca, and receive periodic e-news pieces informing them of issues and opportunities that may be of interest. Membership fees are made affordable through a sliding fee scale ($165 – $1,000 annually) and fit the budgets of individuals, small business, local government, and corporations. Learn more about VIEA membership. 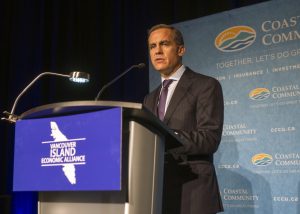 VIEA’s annual State of the Island Economic Summit — which consistently attracts 600+ participants — has become an annual event on the BC Provincial Premier’s calendar. The Summit is the business networking event of the year on Vancouver Island. The Summit program is developed by a volunteer committee using a grassroots approach. This helps VIEA achieve relevance and diversity and ensures that Summit content is always fresh, meaningful and immediate. Program themes span public and private sectors to include a broad range of topics such as the disrupted economy, climate change mitigation, skilled labour needs, gender equity, capturing local talent, decarbonizing the economy, ‘Island Good’ product branding, retaining and growing technology companies, commercialization of marine research, and much more…

In addition to the BC Premier, other speakers of note have included the Chief Commissioner of the BC Treaty Commission; the Former National Chief of the Assembly of First Nations, Shawn Atleo; Nicole Verkindt, then the youngest member of CBC’s Dragon’s Den; Dan Tisch, CEO of Argyle Public Relationships; Peter Yanev, a leading expert on earthquake risk management; Dr. Catherine Potvin, then National Chair on Climate Change Mitigation; and many more… Participants in the summit include, but are not limited to, economists, entrepreneurs, political leaders, educators, activists, students, large and small business owners, and corporate leaders.

In 2012, attendees were honoured to be in select company when the Governor of the Bank of Canada, Mark Carney, accepted an invitation to speak to a standing room only crowd at the Summit luncheon. At the 2018 Summit, VIEA released the results of the Island Good pilot project. Island Good has now become a trademarked brand and licensing is available to all producers and retailers on Vancouver Island. As part of the Island Good campaign, VIEA has committed to using only Island Good ingredients in the Summit menu; this began at the 2018 Summit and will remain a feature of the annual Economic Summit. Learn more about the annual Economic Summit.

“I want to congratulate you on running such an amazing conference and networking event. I’ve never met so many interesting individuals in such a short period of time who all share a sense of commitment to the economy and vitality of Vancouver Island.” – Summit Delegate 2015

“There is no question that business leaders create this conference. It keeps 600 of the most influential Island entrepreneurs engaged, providing an intense atmosphere of information flow and discussion. It creates opportunities for business promotion, personal growth and education, and most impressive is the constant dialogue and innovative collaboration that gets results.” – Summit Delegate 2018 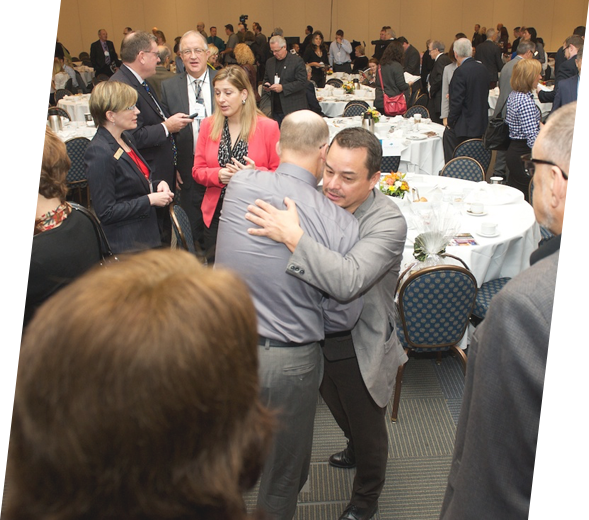 ‘State of the Island’ Economic Report

VIEA released its first annual ‘State of the Island’ Economic Report at the Economic Summit in October 2015. VIEA continues to produce the economic report to benefit decision-makers of all stripes. The 50-page report uses a reader-friendly, infographic format with statistical content specific to Vancouver Island and data that can be consistently measured over time. The report includes valuable data on infrastructure, development, investment attraction, population, labour force, cost of living, and industry analysis, including tourism, manufacturing, aquaculture, agriculture, forestry, renewable energy, technology, and education. It is the only such report produced anywhere in British Columbia. Access the Economic Report.

Production of the Economic Report continues to be possible thanks to substantial and continuing contributions from MNP, along with support from the Nanaimo Airport, BC Ferries, Coastal Community Credit Union, and the BC Ministry of Jobs, Trade and Technology. 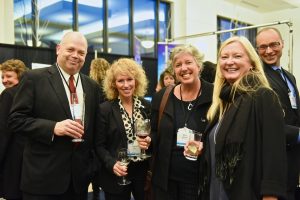 VIEA has years of experience in developing, sponsoring, organizing, co-hosting and participating in a wide variety of projects and events to strengthen and support the Vancouver Island economy.

The Government of Canada granted Foreign Trade Zone Point designation to VIEA for all of Vancouver Island (FTZVI.com) in 2018. FTZVI is unique among the twelve FTZ points across Canada as the only broad regional designation and the only designation awarded to a non-government organization. FTZVI enables the active expansion of production of goods for export on Vancouver Island and the aggressive marketing of the Island region to attract international trade. FTZVI serves the import/export interests of Island business by providing streamlined access to government FTZ programs and benefits. Learn more about FTZVI.

In 2018, VIEA launched the 6-month pilot project for Island Good (islandgood.ca), a campaign to help consumers already predisposed to shop local, identify and purchase Island-made products. Following the unprecedented success of the pilot — achieving an average sales lift of 16.4% across 45 mainstream grocery stores over a six-month period, VIEA now offers Island Good licensing to all Island producers and retailers. While VIEA is currently focusing on agri-food, the ultimate goal is to have every product from potatoes to airplane parts marked as ‘Island Good.’ Learn more about the Island Good Campaign.

Other VIEA initiatives and achievements of note include…

The general consensus is that the future is bright for this region. But it will take all of us working together to face the many changes that will continue to challenge us here on Vancouver Island.

Back to Top
Did you find what you're looking for?
YES
NO
We're glad to hear it! If you need anything please email us or give us a call at 250-667-5225.
We'd love to help! Let us know what you are looking for and our team will be in touch soon!