Filter by type:
Filtered by:
News & Stories > Press & Media
Where are the jobs coming from?
05/05/22
VI TRENDLINES—EMPLOYMENT

Between 2014 & 2021, jobs in the public service and jobs related to goods and services to support the growing Island population, increased by over 38,400.
WHAT DOES THIS MEAN?
Employment growth on Vancouver Island has been influenced by a number of factors. The first is population growth. As the population has grown, demand for housing, retail and personal services has also grown. Between 2014 and 2019 the number of jobs related to supporting Vancouver Island’s growing population increased by over 21,000.
The second factor in employment growth has been increases in public sector employment. The number of people employed in federal, provincial, local and Indigenous government, as well as education increased by approximately 15,000 between 2014 and 2019.
Expansion of key industries also contributed to employment growth between 2014 and 2019. Employment in tourism related services grew by over 4,000, employment in agriculture grew by over 1,000 and employment in transportation manufacturing grew by almost 1,000. There was also modest growth in emerging sectors such as tech and film production.
Finally the expansion across sectors increased demand for support services for businesses (e.g., administration, waste management, building management) leading to an increase in employment of 5,500. COVID-19 resulted in declines in employment in tourism related services, personal services and agriculture of almost 11,000 between 2019 and 2021. These declines were offset by continued growth in employment in the public sector, as well as growth in employment in support services for businesses.
By the end of 2021 the public sector, excluding health care, accounted for over 18 percent of employment on Vancouver Island. This was up almost four percentage points from 2014.

Funded in part by: 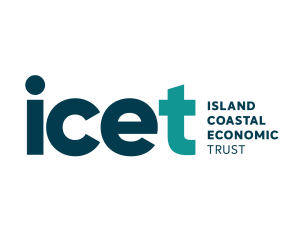